The band was founded in 1994, with their debutRiva released 1994 on the Parisian label En Contresans. This was to be the first of 29 releases, with #29 the album SPELLS AND DOUBS in January 2022.

KREIDLER played throughout Europe, Asia and America. In techno clubs, in rock venues, in concert halls. At festivals like Sonar, Roskilde, Nrmal, SXSW, or Cervantino. Commissioned by Goethe-Institut the band toured Sout-East-Asia and Mexico.
KREIDLER performed in museums and art galleries: at the Van Dyck retrospective in Antwerp, for Rosemarie Trockel, Thea Djordjadze, Mike Kelley, or in The MoMA NYC and in the Centre Pompidou Paris for Andreas Gursky. For a project of Djordjadze and Trockel they collaborated in 2019 with singer Asmik Grigorian at Elbphilharmonie, an extension to an exhibition at Deichtorhallen Hamburg.

KREIDLER'S music was presented in installations at Transmediale, at Image Movement , at italic Berlin, or - for 2 years - in Mischa Kuball's res·o·nant at Jewish Museum Berlin.
They contributed to artists books such as Deutsch - Young German Photography, Toit du Monde, Romantik. Their videos are regularly screened at film-festivals e.g. in Barcelona, Valencia, Baden-Baden, and Munich. Au-Pair, La Casa, Moth Race, Tornado, and Eurydike were awarded at the short film festival Internationale Kurzfilmtage Oberhausen.

KREIDLER music has graced the catwalks of Lagerfeld, Chanel, Lacoste, 22/4 _Hommes_Femmes, or Giles Deacon. It is featured in films, plays and in the modern-dance - e.g. in Pina Bausch's Ten Chi or in Eva Meyer-Keller's Polaroid.
They worked with authors like Jacob Wren, Nick Currie/ Momus, Theo Altenberg, Mark von Schlegell, or Ricardo Domeneck. In 2015 KREIDLER'S collaboration with Sibylle Berg started, participating in touring lecture performance Der Tag, als meine Frau einen Mann fand, continued in 2018 supporting p≡p coop at re:publica#18, and in 2019 and 2020 for exclusives shows in Kassel respectively Augsburg.

KREIDLER composed soundtracks for Alexandra Sell's acclaimed movie Durchfahrtsland / Remote Area / Terre de Transit, for Tommy Pallotta's / Femke Wolting's The Last Hijack and it's accompanying online variation - that was awarded with a Digital Emmy in 2015.
KREIDLER has an ongoing collaboration with Heinz Emigholz. Emigholz accompanied their album DEN in 2012/13 with 7 films. In 2014 KREIDLER contributed the music to The Airstrip. Emigholz' movie 2+2=22 (The Alphabet) is built around KREIDLER'S ABC recording session in Tbilisi, and premiered at the Berlinale film festival in 2017. In 2020 the band provided the score for The Last City.

In 2019 KREIDLER celebrated the 10th anniversary of Mosaik 2014, with a remastered edition with an updated track list, and in a surround audio installation, Mosaik 2014 Seven Speakers, they . Later in the year KREIDLER released FLOOD. Their most recent album from January 2022 is SPELLS AND DAUBS.

Click for Hi-res version. Free to download.
Reprint is free if credited: © Kreidler. A complimentary copy is requested. 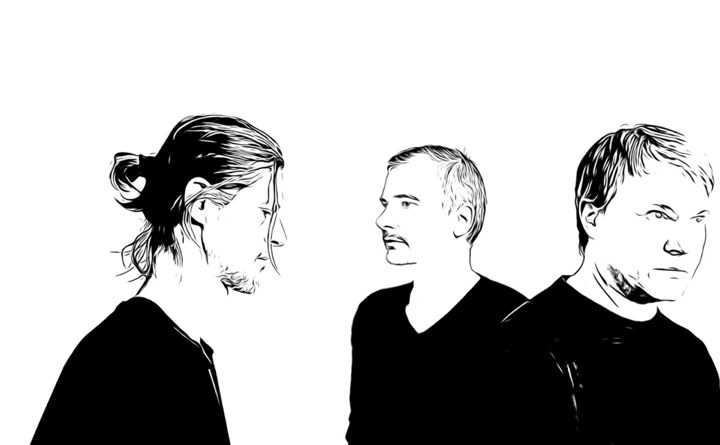 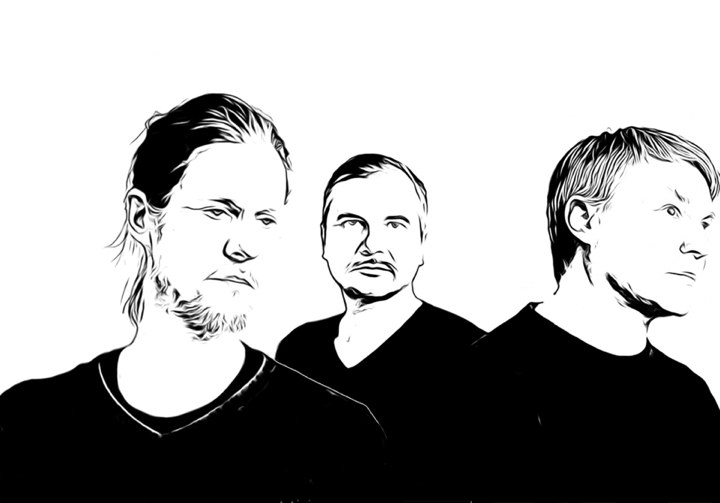 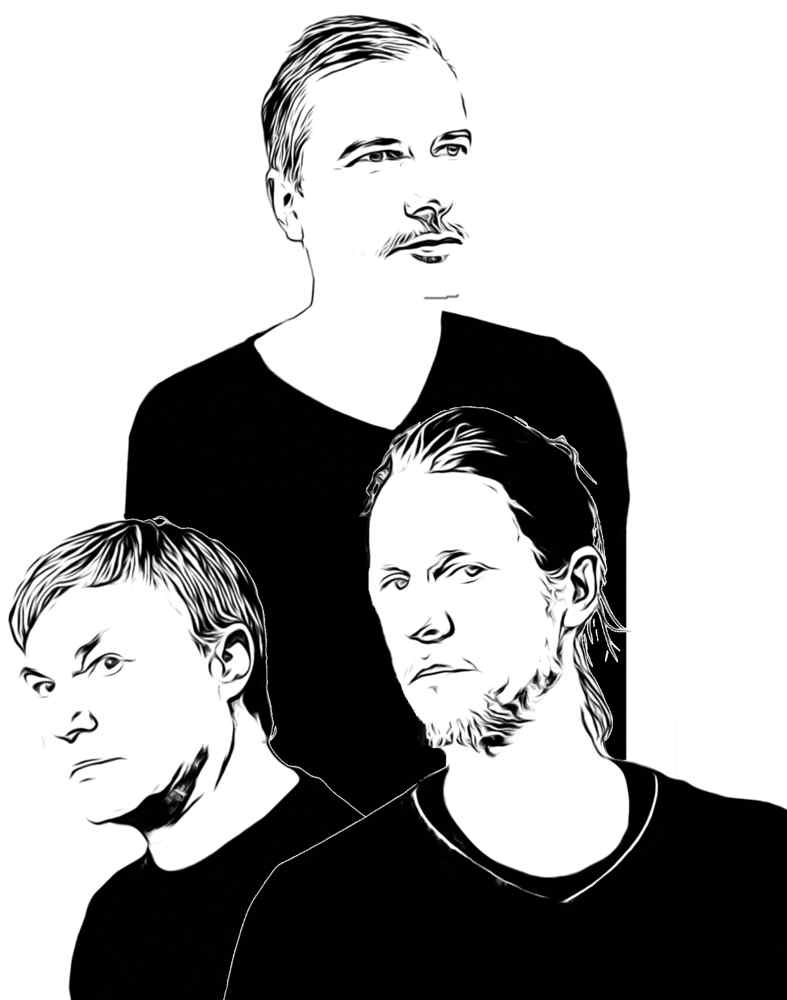 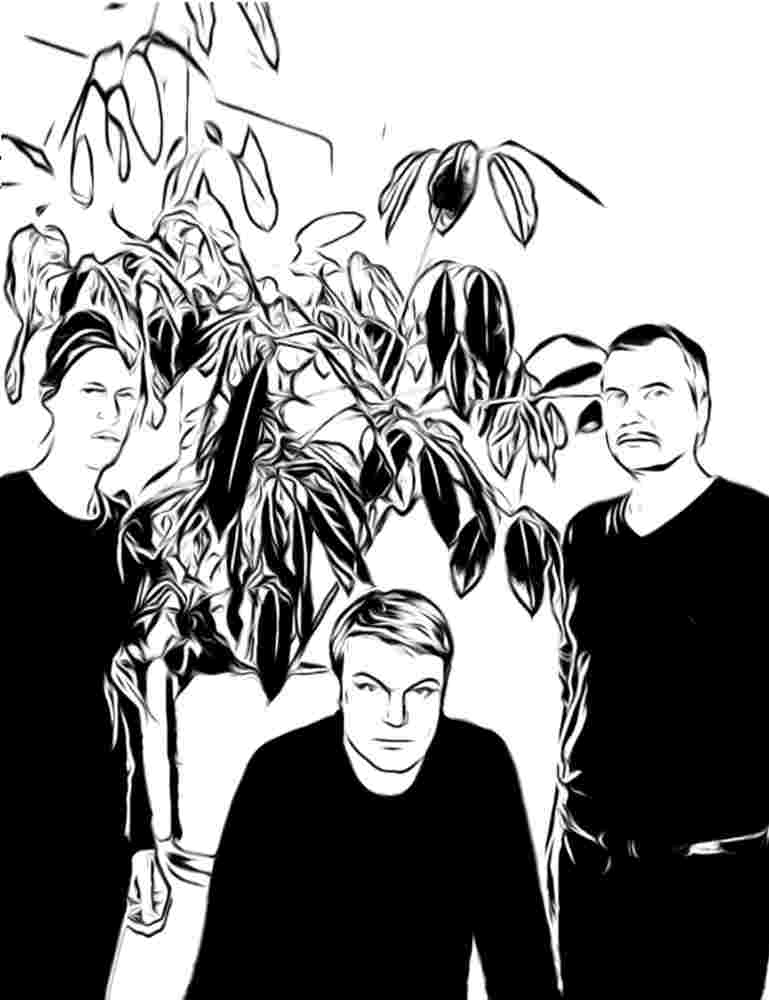